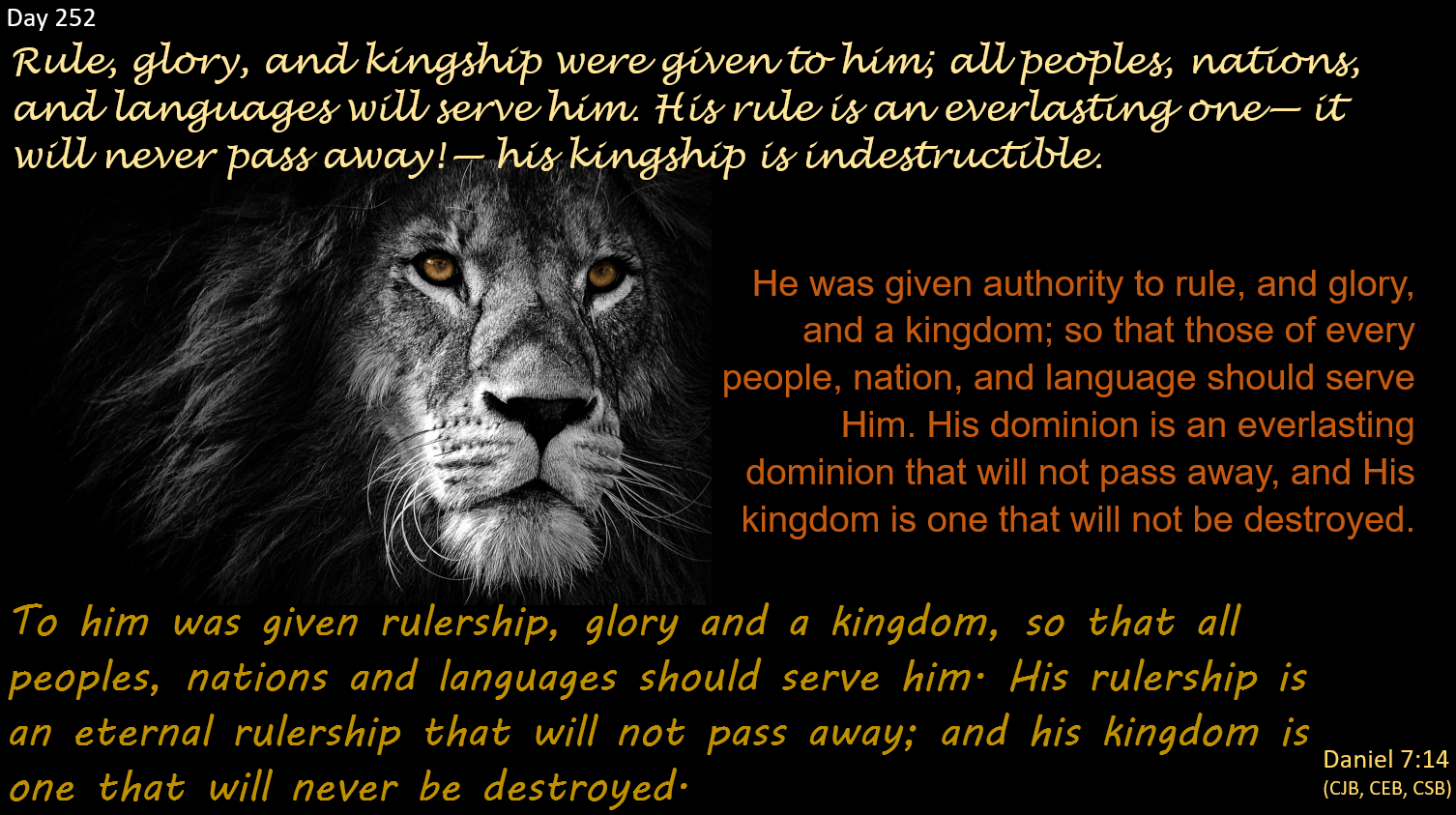 Daniel 7:14 (CJB) To him was given rulership, glory and a kingdom, so that all peoples, nations and languages should serve him. His rulership is an eternal rulership that will not pass away; and his kingdom is one that will never be destroyed.

Daniel 7:14 (CEB) Rule, glory, and kingship were given to him; all peoples, nations, and languages will serve him. His rule is an everlasting one— it will never pass away!— his kingship is indestructible.

Daniel 7:14 (CSB) He was given authority to rule, and glory, and a kingdom; so that those of every people, nation, and language should serve Him. His dominion is an everlasting dominion that will not pass away, and His kingdom is one that will not be destroyed.